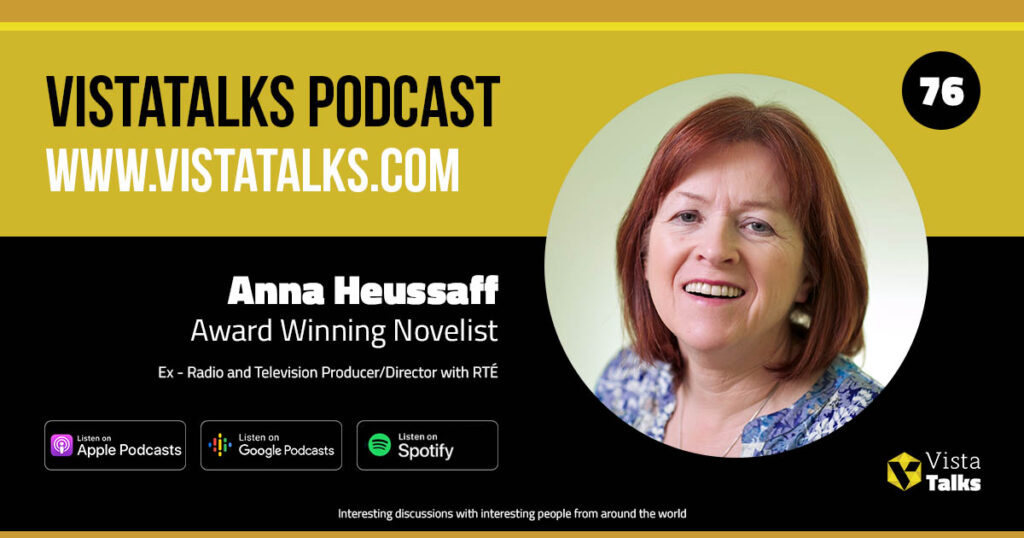 Anna Heussaff is a novelist writing mainly in her first language, Irish. Anna has published seven novels to date. Her three crime novels for fluent adult readers include Scáil an Phríosúin (CIC 2015), set in the present day in Kilmainham, Dublin, Ireland. Her three mystery novels for young teens include Sárú (CIC 2017), which features worldwide threats such as a pandemic and the climate crisis, with which the young characters have to grapple in a game and in the real world. Cúpla Focal (Cois Life 2007) features a very contemporary love triangle that arises in a conversation class for adult learners of Irish. Anna’s many awards include the Judges Special Award in 2013 from Children’s Books Ireland.

She has translated one of her crime novels to English, published as Deadly Intent (Severn House 2014) under the pseudonym Anna Sweeney.

From 1985–2002, Anna was a radio researcher and television producer/director with RTÉ, Irelands National TV and Radio organization. She broadcasts on current affairs and literary issues from time to time.

In this episode of VistaTalks,  Anna discusses how she approaches writing books for various genres and audiences and how challenging is it to adjust for the varied groups and age ranges. We look into the use of the Irish language in Anna’s writing and her views on the importance of publishing in Irish.

We get into translation and translating books into English from Irish, plus we explore this process from a writer’s perspective.

Anna shares some information about her time working with a national broadcaster, and we question any similarities in television, radio and writing when it comes to storytelling.